WHAT IS THE NECESSARY INVESTIGATION AND EVIDENCE IN PREMISES LIABILITY CASES?

It is important to gather evidence in premises liability cases. Immediately at the time of the incident, photos should be taken of the condition of the premises.  Anyone at the scene should take photographs, preferably with a measuring ruler, a quarter (.5 inch), or some other way to provide reference of displacement, degree of mis-levelment, or some way to document, safekeep, or preserve the dangerous substance.  In most states, the standard for admitting the photos into evidence is do they accurately reflect the scene at the event. The client or person who took the photographs can testify and the photos can be admitted through these witnesses at the time of trial.

It is important to determine what is the size of the alleged dangerous condition. The defendant will likely argue that the condition was open and obvious if the condition is too big, or the defendant will argue that the condition is not dangerous if too small.  An injured plaintiff who claims to not see the “displacement” of the Grand Canyon will not prevail, nor will the plaintiff succeed if the alleged trip hazard is simply a hairline crack in a sidewalk or just a single droplet of fluid on the floor. Generally accepted standards of care must be compared when evaluating these alleged dangerous conditions.

HOW CAN EVIDENCE BE PRESERVED IN A PREMISES LIABILITY CASE?

In any premises liability case, preservation of evidence early on is critical to the case.  The duty to preserve evidence is a requirement imposed by law. “Spoliation” is the term used when evidence is destroyed or lost, in light of pending or foreseeable litigation. For example, it is a business owner’s duty to preserve relevant maintenance records, surveillance, or personnel communications in a premises liability case. Relevant evidence missing due to the opposing party’s bad faith can result in discovery or monetary sanctions or the jury’s adverse inference may be instructed by the Court.

Regardless, the plaintiff bears the burden to prove its own case. Evidence is lost, destroyed, misplaced, or may even be tampered with. It is best that the plaintiff documents and preserve as much evidence as possible within their own control. The plaintiff cannot rely on any opposing party to preserve persuasive evidence that weighs on them incurring legal responsibility.

WHAT IS SPOLIATION OF EVIDENCE?

Immediately upon being retained to represent an injured victim in a premises liability case, the plaintiff’s attorney should serve a Spoliation Notice by certified mail return receipt or by a registered process server who can submit a declaration.  This will provide evidence that the defendant was placed on notice to preserve relevant and critical evidence.

The Court may instruct the jury to make an adverse inference as to any missing evidence only if the evidence was relevant and proven to be missing due to the opposing party’s bad faith. Due to the serious nature and the effect on the plaintiff’s ability to prove its case, intentional “spoliation” of evidence has been established as a separate legal cause of action in some states.

California Civil Jury Instruction CACI No. 204 states: “You may consider whether one party intentionally concealed or destroyed evidence. If you decide that a party did so, you may decide that the evidence would have been unfavorable to that party.” California Evidence Code section 413 also states: “In determining what inferences to draw from the evidence or facts in the case against a party, the trier of fact may consider, among other things, the party’s failure to explain or to deny by his testimony such evidence or facts in the case against him, or his willful suppression of evidence relating thereto, if such be the case.”

Another way to proceed would be to obtain pre-filing discovery by motion or stipulation pursuant to California Code of Civil Procedure sections 2035.010- 2035.030.  CCP section 2035.010(a) states: “One who expects to be a party or expects a successor in interest to be a party to an action that may be cognizable in a court of the state, whether as a plaintiff, or as a defendant, or in any other capacity, may obtain discovery within the scope delimited by Chapter 2 (commencing with Section 2017.010), and subject to the restrictions set forth in Chapter 5 (commencing with Section 2019.010), for the purpose of perpetuating that person\’s own testimony or that of another natural person or organization, or of preserving evidence for use in the event an action is subsequently filed.”

If you have been injured in an accident or someone you know has been injured, contact The Sterling Firm for a free consultation with a premises liability lawyer.  We can help! 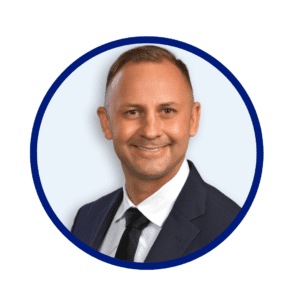 Justin Sterling, Esq. is a leading personal injury attorney and civil litigator.  Mr. Sterling is the founder of The Sterling Firm, a top-rated law firm with its original headquarters in Los Angeles, California. The Sterling Firm has a client base that stretches not only across the nation but also around the globe. We offer experienced and driven legal counsel for your matter.  We handle insurance claims and civil lawsuits, including those that arise from catastrophic and severe personal injury.

Is There An Exact Way To Calculate Damages For Pain And Suffering? 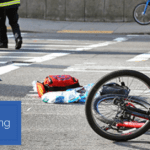 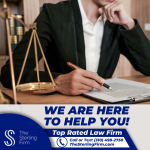 Discovery In A Premises Liability Case 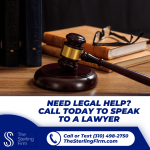